Whispers is a collaborative work by Katrin Caspar and Eeva-Liisa Puhakka.

Whispers is a sound installation that consists of a set of small objects which are able to record and play back sound live in space. For each object a small computing unit, originally taken from speaking toys, is combined with a speaker and a microphone for sound processing and a motor in order to create movements. Each object works as a performer, receives and plays back all nearby sounds it can pick up from its neighbor and the visitors. Whereas every unit works on its own, at the same time it also becomes part of a larger system creating a situation of live sampling. Over time the mimicked sounds get fragmented and distorted turning information into noise until, if not bounced back anymore, they get lost in space. Like birds in the forest the objects try to impress each other getting louder, screaming more, or becoming quiet. 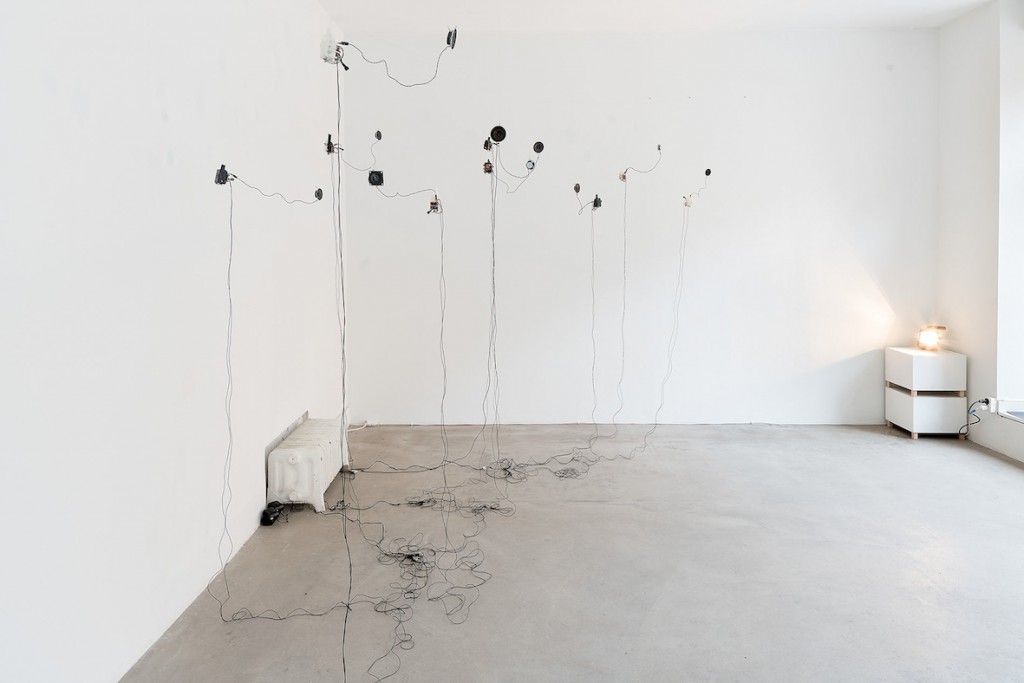 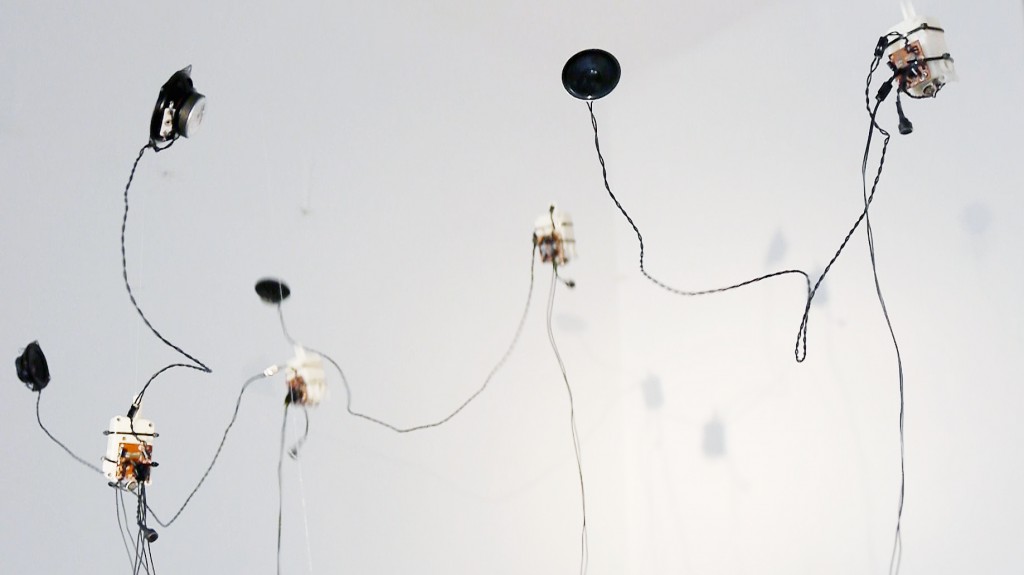 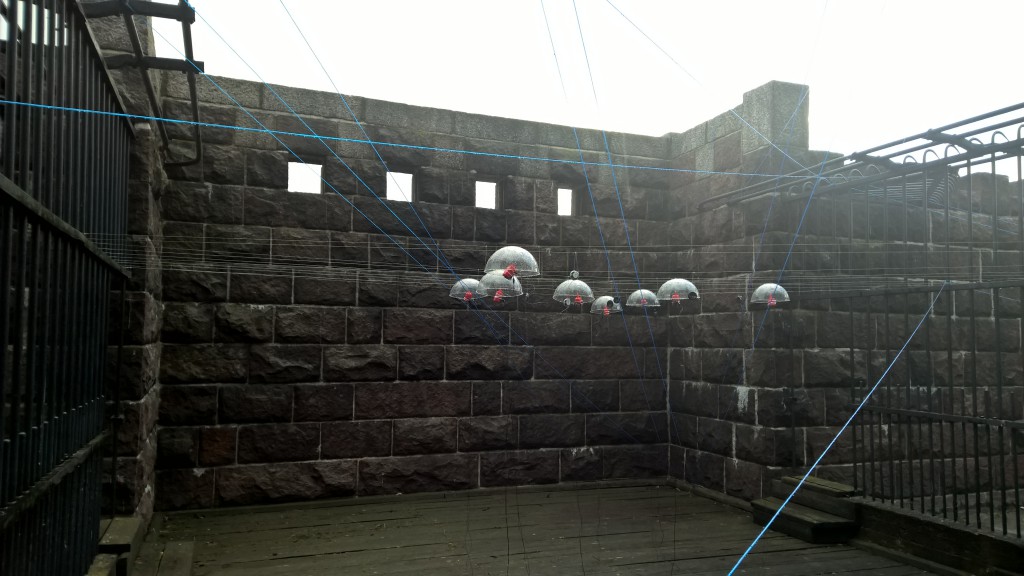 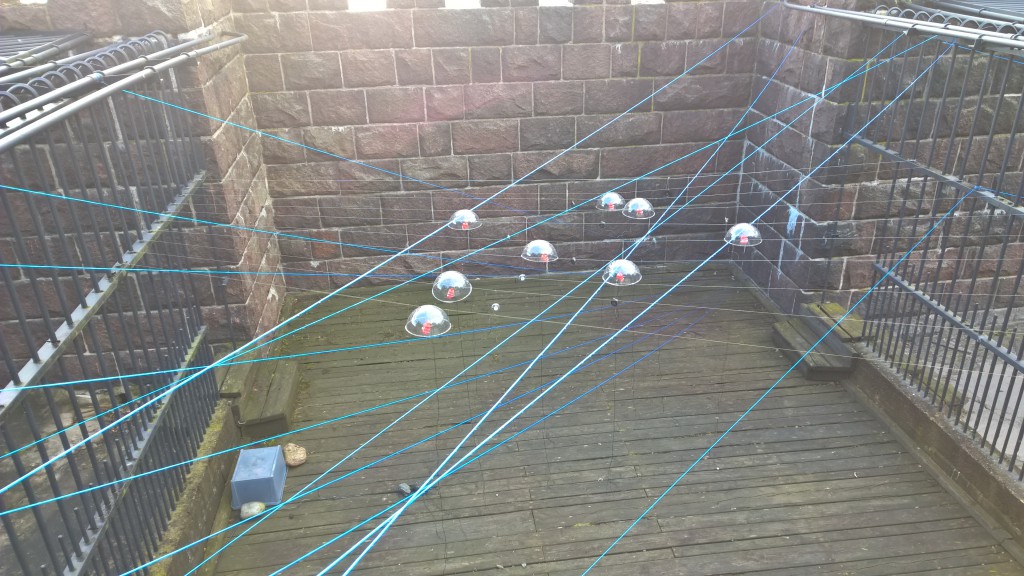 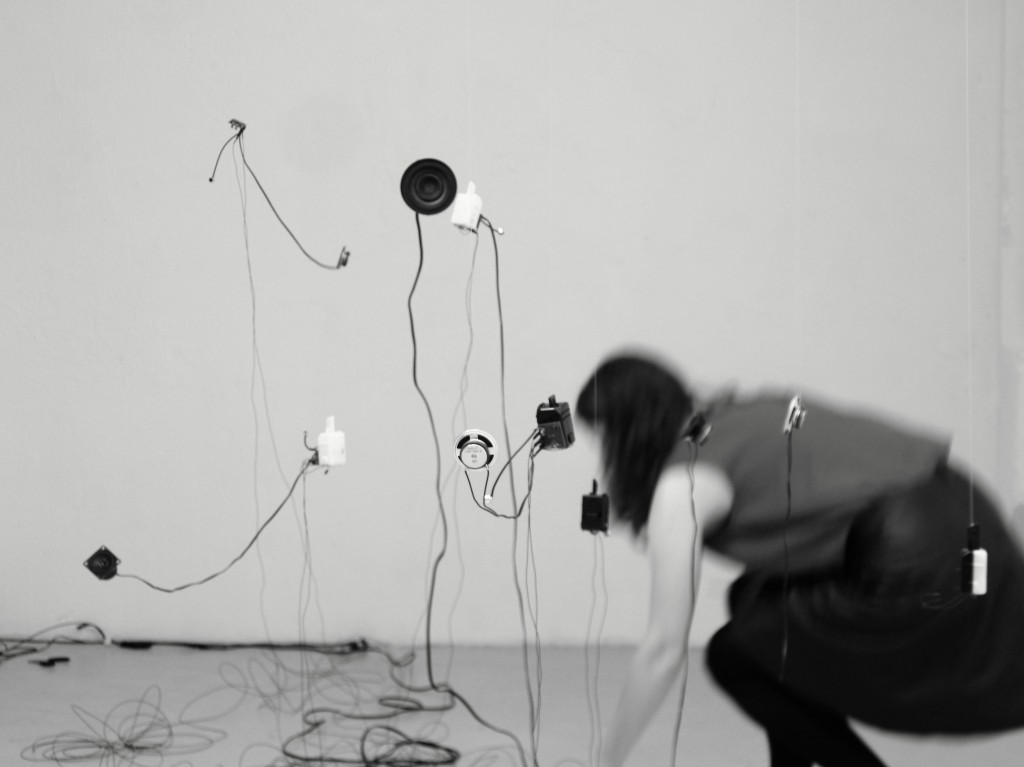 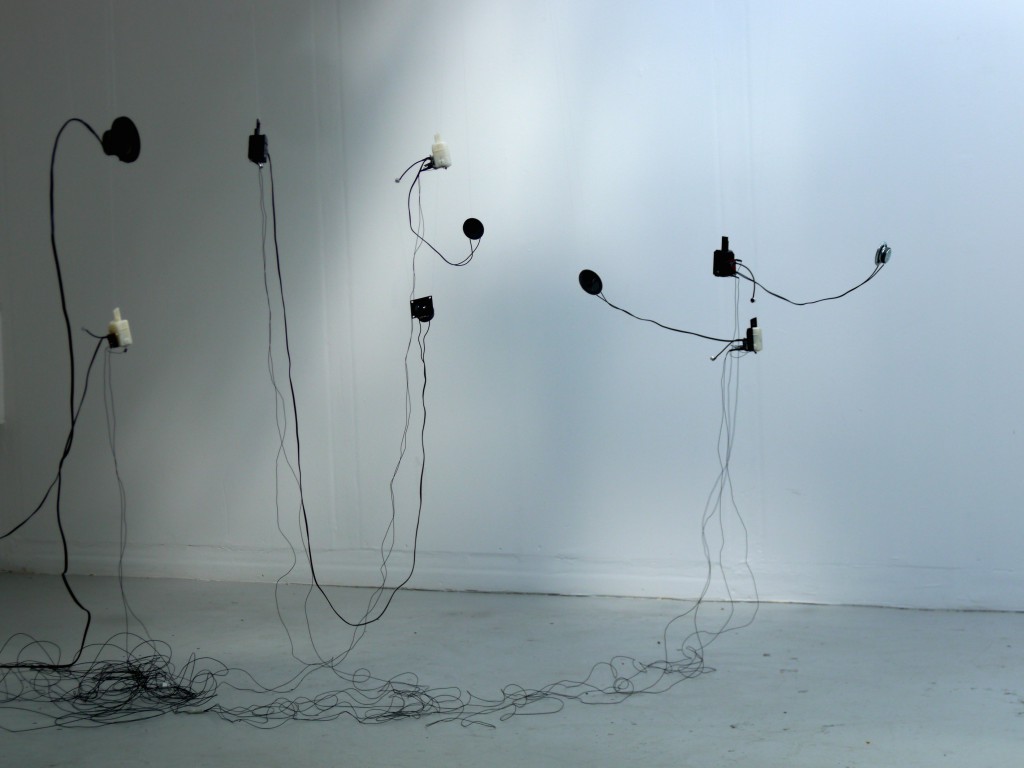