← Himmelit
For the factory women →

According to Scandinavian mythology cows are strongly associated with the birth of the world and the beginning of life. In the beginning there was a Great Emptiness with frozen ice to the North and fires to the South. The ice eventually melted from the heat rising up and it formed into the shape of a great giant called Ymir and his cow Auðhumla, who nourished Ymir. He survived by licking the salty ice blocks. Ymir birthed a male and female from the pits of his arms.

About ten years ago, I discovered that blue cows are living in the wild in the forest near the Latvian coastline. I went in search of them one weekend in September, but I couldn’t find them. Nevertheless, they still preoccupy my thoughts.

An old legend says that blue cows used to live in the sea and would come out briefly before sunrise to graze on the seaside grass. Then, one day, The Mother of the Sea (Juras Mate) gave some of them as gifts, to families of Liv fishermen who had died in a storm.

Blue cows nearly became extinct during the Soviet period. In the 1990s, Latvia, in collaboration with the UN Food and Agriculture Organization, started an effort to preserve this peculiar variety of cows. As a result, blue cows can still be seen along the coast of Western Latvia.

I am a farmer’s daughter, and I became a vegetarian when I was about 20. Lately I have been arguing with my brother, who runs the biological family farm. I proudly declared that for over half my life I’ve been a vegetarian and how much I’ve done for the planet with my choices. We then had a heated discussion about my narrow minded viewpoint and my lack of awareness regarding the circle of nutrients and minerals, not to mention the self-sufficient economy. I was left wondering about the complexity of these issues. How one can know all the facts and make informed actions?

Udders are made of plantbased bioplastics and kombucha leather. // Vrijhof Cultuur, Enschede, Netherlands, 2020. 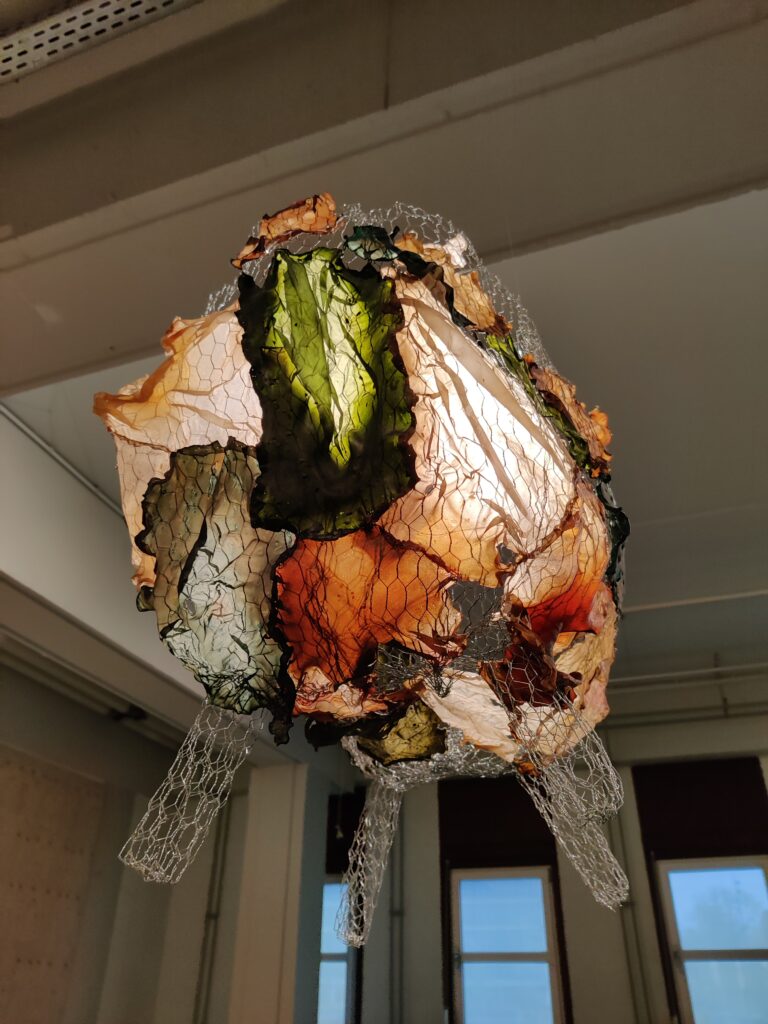 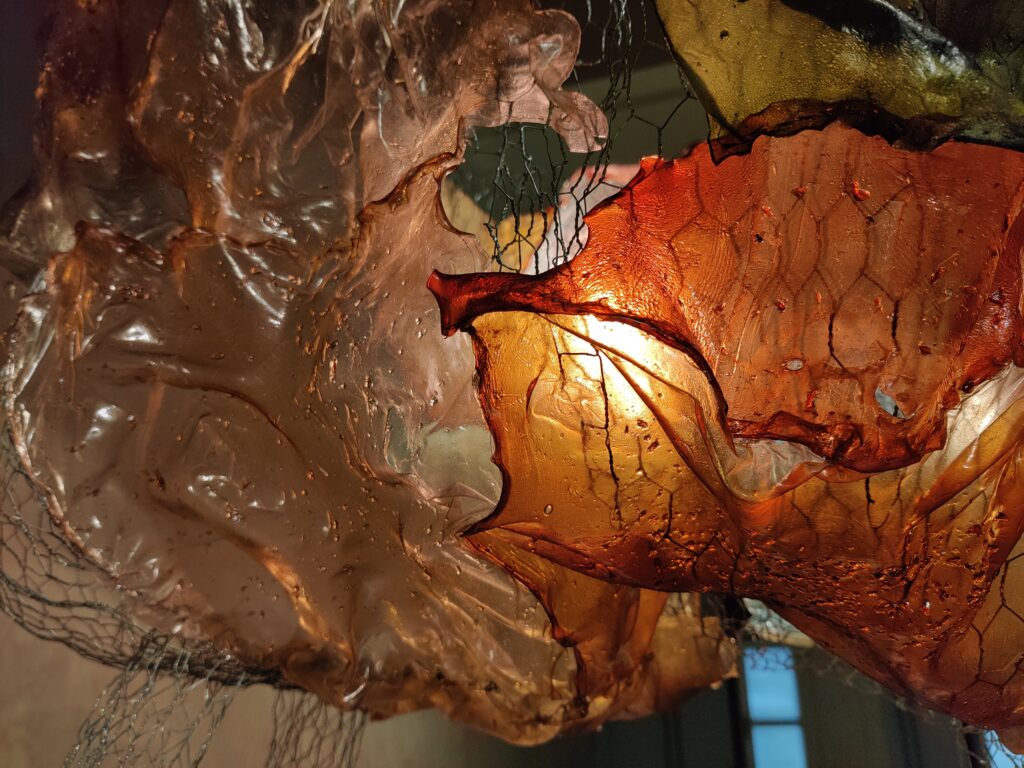 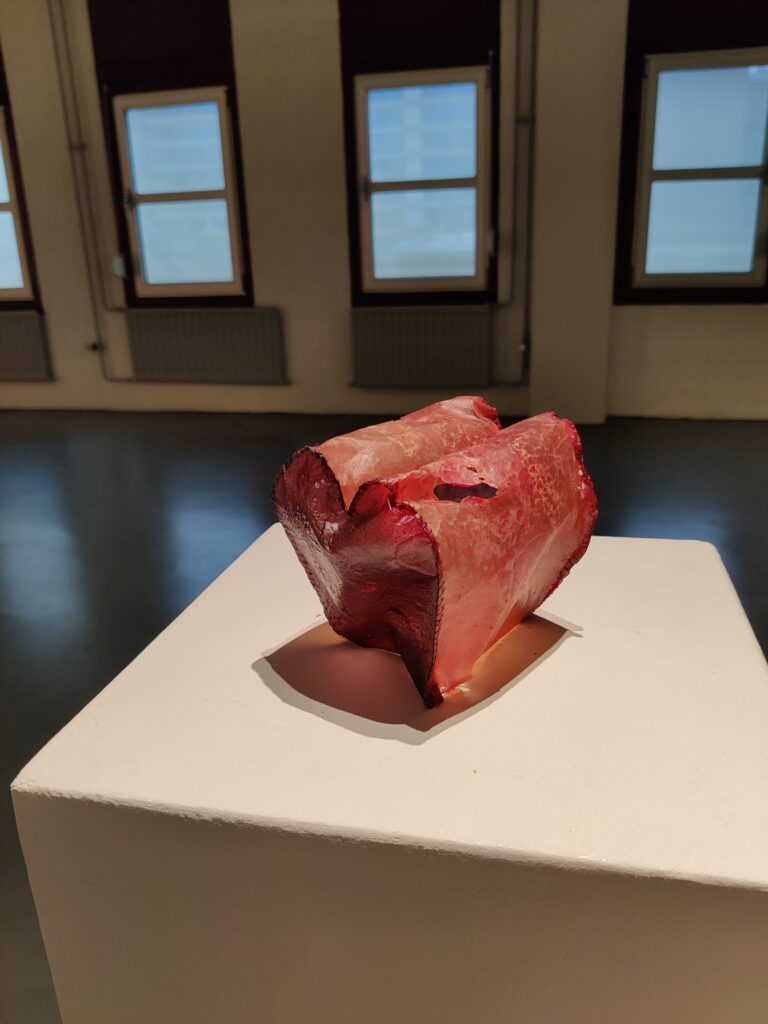